‘Fast Internet and Gender Norms: Evidence from Sub-Sahara Africa’ – Recipient of the first ISWE Prize for Best Paper by a Woman Economist

By Darren Lawlor 28 September 2022 No Comments

At this year’s annual IEA Conference (held on 4-5 May 2022), the Irish Society for Women in Economics (ISWE) was delighted to present the inaugural ISWE Prize for Best Paper by a Woman Economist to Eugenia Frezza of Trinity College Dublin (TCD). Congratulations to Eugenia from all at the IEA and ISWE! 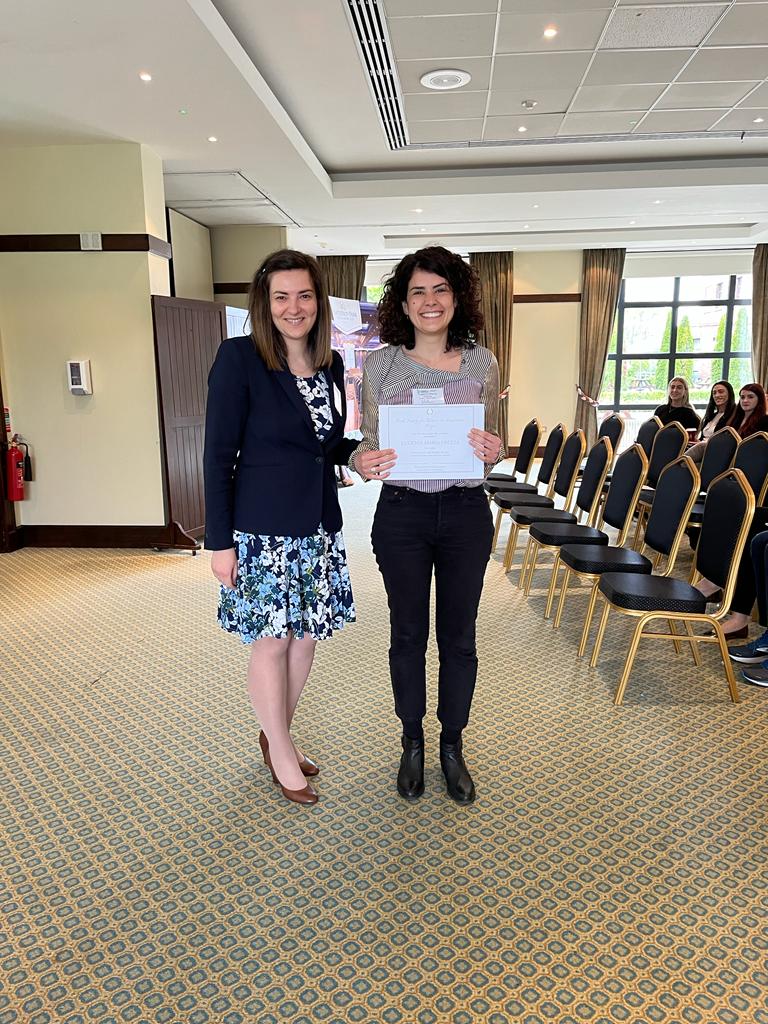 A summary of Eugenia’s award-winning paper is presented below (and downloadable here).

According to the World Health Organization (WHO), one out of every three women worldwide are victims of intimate partner violence. In Europe and the US, almost between 20 and 25% of women report being physically or sexually abused by their partners. In the African region, that is the focus of this study, the prevalence of intimate-partner-violence is the highest, with approximately 37% of ever-partnered women reported having experienced physical and/or sexual violence by their partners at some point in their lives (WHO 2013, n.d.). Previous works study the factors that may protect or put the victims at risk for intimate-partner-violence (García- Moreno et al., 2005). Cultural norms play a significant role in explaining the variation in the incidence of domestic violence across different countries. García-Moreno et al. (2005) find that attitudes towards the acceptability of intimate-partner-violence (IPV) are highly correlated with the prevalence of violence.

In this study, I intend to learn whether the arrival of internet affects gender norms around the acceptability of domestic violence in Sub-Saharan Africa.

The Internet has transformed many aspects of our society. The rise of the internet enabled new forms of social interaction and has transformed how individuals get, produce and exchange information. These fundamental transformations have led to a growing interest among policymakers and researchers about its impact on social and economic life. A  vast literature focuses on the link between internet and politics (Campante et al. (2018), Larcinese et al. (2012), Farrell (2012)). Yet, little is known about the effect Internet plays on gender equality. In this paper, I investigate whether the internet can transform gender norms around the acceptability of intimate-partner-violence. The net effect of internet on gender norms is an open empirical question. On the one hand, the internet     may open new opportunities for women to gain social, political, and economic power and may increase women’s awareness around gender equality (e.g. MeToo movement). On  the other hand, internet could exacerbate existing gender disparities, especially if access to the internet benefits more men than women. Moreover, internet could create yet another platform for abuse or violence targeting women. I identify a causal link between the acceptability of IPV and internet penetration, exploiting the gradual arrival of fast Internet in Africa, via submarine cables from Europe between 2008-2012. My findings suggest that individuals who were exposed to Internet are more likely to find IPV justifiable. This effect is stronger for males. There are many possible explanations behind these findings. One possible explanation is that internet benefits more male than female’s employment. Hjort & Poulsen (2019) show that internet increases employment rates in Sub-Saharan Africa, without analysing whether it affects males’ and females’ employment in a different way. I find that this effect is mainly driven by males’ participation to the labour market. This has an impact on the balance of power within the household and might trigger domestic violence. Indeed, in line with the existing theories (Tauchen et al. (1991), Farmer & Tiefen- thaler (1997)), when the husbands become more economically powerful, they derive plea- sure in engaging violence to assert their dominance. Another potential channel is that the internet and the social media embedded in it may limit the exposure to diverse ideas and perspectives and favour the creation of groups of like-minded individuals who reinforce their existing views, that is, echo chambers (Alatawi et al., 2021). Therefore, internet exposure and social media could potentially amplify already regressive gender norms. This latter potential explanation is worth exploring in future research, as currently the data do not allow to test this channel.

The main contribution of this paper is that internet and more connectivity per se does not improve female empowerment. Internet, if not accompanied with other forms of gender improving policies, can replicate existing pervasive norms.

Farrell, H. (2012). The consequences of the internet for politics. Annual review of political science, 15.